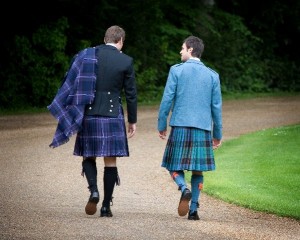 Did you know that Saturday is National Tartan Day?  So what is Tartan Day, you ask?  It’s a day that commemorates the signing of the Scottish Declaration of Independence—a day when Scotland finally won their independence from England after centuries of war.

The resolution honors each year the major role that Scottish Americans played in the founding of this Nation, such as the fact that almost half of the signers of the Declaration of Independence were of Scottish descent, the Governors in nine of the original thirteen States were of Scottish ancestry, and that Scottish Americans successfully helped shape this country in its formative years and guided this Nation through its most troubled times.  It also recognized the monumental achievements and invaluable contributions made by Scottish Americans that have led to America’s preeminence in the fields of science, technology, medicine, government, politics, economics, architecture, literature, media, and visual and performing arts.

Are you of Scottish ancestry, even a tiny little bit?  Will you celebrate National Tartan Day, if so, how?

One Response to National Tartan Day