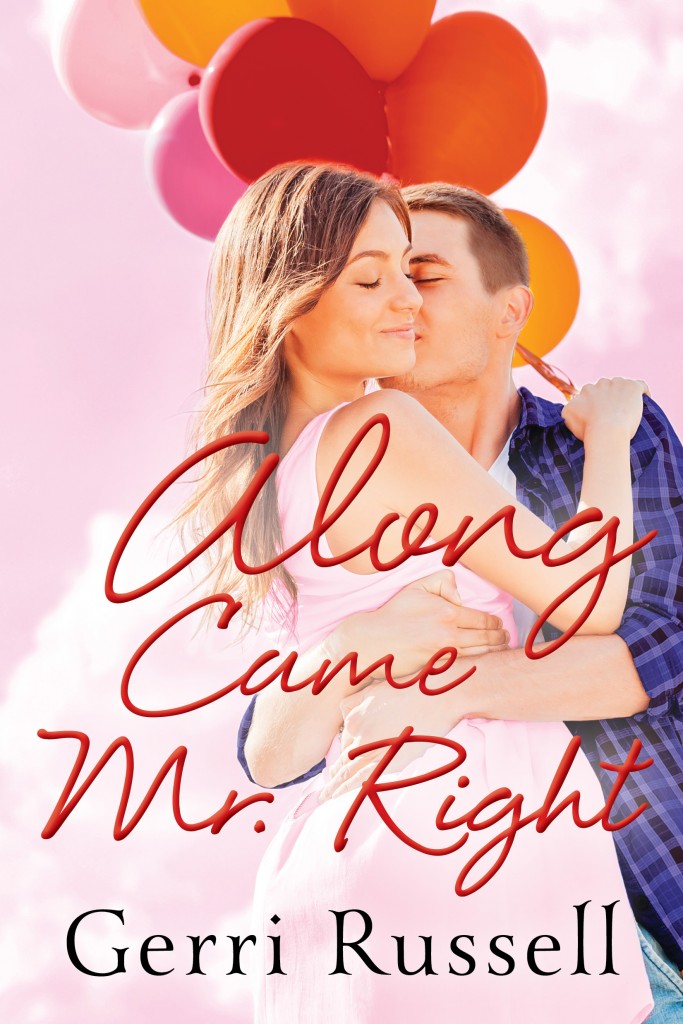 Olivia Tyler loves helping foster children find their forever homes, but she’s still waiting for her forever love. Ever since her ex-boyfriend humiliated her on Facebook, she hasn’t been ready for a commitment. But on the night of the charity auction for her adoption agency, she gives in to temptation with a stranger who helps her out of a jam…and out of her bright-blue stilettos.

After the most mind-blowing romantic night of her life, everything about Max Right seems perfect: he’s handsome, chivalrous, and he’s about to launch an algorithm-based matchmaking app with an extraordinary success rate. But when Olivia finds out her mystery man is also someone else’s fiancé, no matter how much they seem to click, this romance doesn’t add up. For Olivia, unavailable means incompatible.

When a troubled teen comes to both of them for help, Olivia is willing to put their differences aside temporarily. But as the three spend time together, she discovers the truth about Max’s heart, and it just may be the key to opening her own.

“Definitely a uniquely well-written romance. I not only loved the interactions between Olivia and Max, but Olivia and Paige as well. A story filled with twists and turns that leave you feeling warm and fuzzy at the end. Definitely a great pick for any romance fans.” Megan, reader

The Seattle Great Wheel’s artificial lights illuminated Max’s face as he looked at Olivia with an intensity that made her breath catch. “You’re a good person, Olivia.”

“I simply want to make a difference.”

He stared past her out the window at the city lights as if pondering her words as the Ferris wheel continued on its upward climb. When he finally spoke, his voice was raw. “I want to make a difference, too. Part of developing the app, and ideally selling it, is to give me much more flexibility to put money into helping kids more.”

“Why do you call it Matchmaker 2.0?” she asked, curious about the name he’d chosen.

He laughed, the sound rich and full in the confined gondola. “The first matchmakers were real people. There are other dating apps out there, but mine is the next improvement in dating technology.”

“I hope you find success with your invention,” she said, meaning the words.

“But you still won’t take my Matchmaker 2.0 test, will you? Is it because you don’t think we have chemistry?” Max challenged, one eyebrow raised.

“Well.” Olivia found it hard to lie when one side of her mouth insisted on bending upward.

Olivia crossed her arms and considered. “Okay then. But if we’re less than a seventy-five percent match—”

“Sixty,” she countered. She went on when he agreed with a nod. “Then you owe me another hundred-dollar contribution to the Tomorrow Foundation.”

“Done! And if I win, you owe me a hundred kisses.”

She smiled slowly and said, “Ten.”

He pressed his lips together. “Only if I can collect one of those now.”

She nodded, and her stomach fluttered in anticipation.

“As soon as we are somewhere you won’t have to use your lap as a desk, I’ll make sure you take the Matchmaker test. In the meantime . . .” He leaned in and brought his lips to hers.

Desire flowed through her blood as she brought her hands up to his shoulders. A tiny sigh escaped his mouth, and the sound made her bold. Her tongue teased his lips, urged them to part. And when they did, she touched her tongue to his.

He deepened the intensity of the kiss, and all her nerves came alive. She slid into his arms, pressed against him, a silent invitation. His hands traced up her back, across her shoulders, down her arms. Heat came forth, igniting at his touch to build with each caress until it spread through her like a wildfire she would either have to surrender to or fight with all her might.

Until the ride came to a jerking stop.